In our first installment of ‘Adventures with Esther’, Esther takes us along on a ride to a bothy of Backhill o’ the Bush. The route she describes shares tracks with Stage 2 of Raiders Gravel, giving us insight into the natural surroundings and history we will explore in October.

Spring has slowly become summer and there is no longer the rush to ride in that thin slither of light between dawn and dusk that limits winter rides to 6 hours. I remember a ride from last autumn beyond Clatteringshaws, an inviting left turn that headed down the glen of the River Dee before it turned to the north into the high moors of the Galloway Forest. I looked it up on Bing Map/OS and made a note in ridewithgps of a possible track we could take. It looked like a wonderful route and gave access to the area under southern Scotland’s highest mountain, Merrick. It appeared to come to a dead-end after 6 miles or so with a 600 metre gap until a track linked to the north. If you could close the loop, it looked like I could make a world-beating gravel day ride linking the lochs and hills of The Rhinns of Kells and Glentrool before turning for home. There were rumours of a way through and some even claimed you could drive through with a car – YOU CAN NOT!

We set off from the southern end of the Raiders Road with the Garmin telling me it was 1°C in the shadows. It was going to be a steady climb of 20 miles with enough workload to make you overheat, combined with frostnip fingers at one and the same time. Not a soul around and possibly just a handful of people for dozens of miles. Only birdsong and the sound of burns full of stormwater could be heard, plus the sound of two riders on gravel bikes with tyres cutting into the loose top as we climbed the Raiders Road.

Around the end of Clatteringshaws Loch on NR7 we headed for Glentrool, but took the southern upland way, crossing the River Dee – a point we could have missed as someone took the trees. We went up and over the bridge, where we had 11 o’clock second breakfast before turning left and entering landscapes new to us both.

We rode along the Brishie Burn for a few miles with astonishing views ahead and off to the left. Snow, not much of it, but enough to give the ride an epic feeling. The landscape was reminiscent of Oregon, but without the carbon footprint dump of getting there. Ahead and just off the track to the left, there is a small white building by the side of a burn. 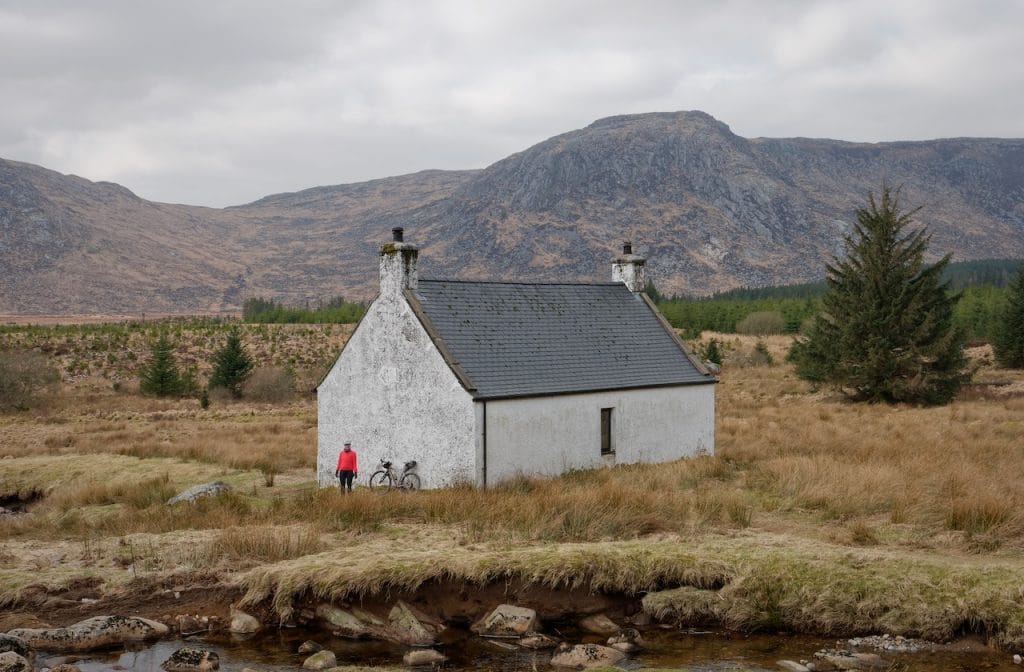 The lonely shepherd’s house of Backhill of Bush was one of the remotest cottages in southern Scotland, being 6 miles from the nearest road. Few places in Scotland are more remote. Everything had to be carried in and out, but despite this, it was occupied up until around 1949. There are many tales, some more reliable than others, but one of the former was of a pony that carried supplies to the cottage. He would be led part of the way and then left to find his own way towards Dalry with a shopping list. A shepherd would buy the provisions and then pack the pony’s bags and turn it for home. Bigger trips required the pony to pull a sled over the high moors from Dalry.

Another story goes that during the 1930s there was a Shepherd and his wife who lived there with their toddler. One day the child came rushing into the house screaming with terror that there was a ‘big beastie’ coming up the burn. The big beastie turned out to be another human being! To this child in this remote location, there was only his mum and dad in its universe.

Yet another story was told to me by a forester, told before that by an even older forester. Once a shepherd’s wife died at the Backhill of the Bush and she was taken by coffin to the Forrest estate by horse sled. As it was crossing over the 2000ft ridge of the Kells range it was caught in a blizzard and the sled and coffin had to be abandoned for the people to get off the hill quickly. It was a very cold winter that year and it was early spring before the coffin and body were recovered. 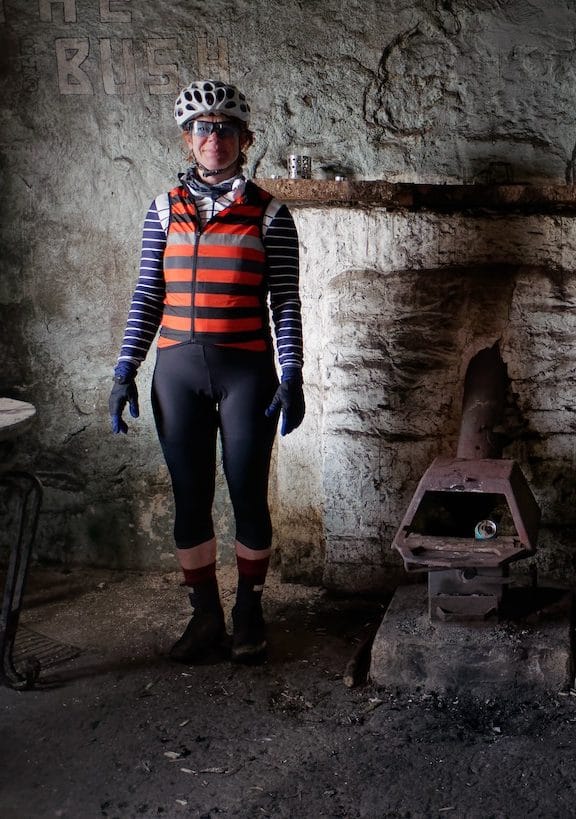 A final story from the same source is about an Ayrshire ceilidh band. They walked to the Backhill of the Bush in the 1930s to play a wee gig! A good number of Galloway shepherds, from all over were invited to attend. Each shepherd would have two or three working collie dogs that came with them. The forester told me it was quite a sight to witness – as the evening went on, there was a collection of over thirty dogs patiently waiting outside… The cottage is now a bothy under the care of Forestry Scotland and suffers – more than a bit – from equal measures of neglect and occasional misuse. This is one of the darkest skies in the UK and a night here, under a clear sky, must be a thing to experience. We continued along the track a short way to check the route for a future loop ride. On that day, the miles back to the car were quite enough for winter legs, but it had been a magical ride with so much to see in just 42 miles of riding, using some of the tracks that will be part of the Raiders Gravel Festival.

Esther only cycled to commute to work until her husband, Warren, forged her signature on a 200K Audax entry. She quickly fell in love with cycling adventures and explorations, and soon her bike collection grew to include “house bikes – too posh to be put in the shed”. Coming 14th out of 6,000 women in the Cyclassics in Hamburg in one of her sporting highlights, though the real pièce de résistance are her 4 years spent riding around the world. Overall, she has probably ridden more than 200,000 miles, but she doesn’t like to keep count because what she prefers to remember is the kindness of the people she’s met in every country she has cycled through. 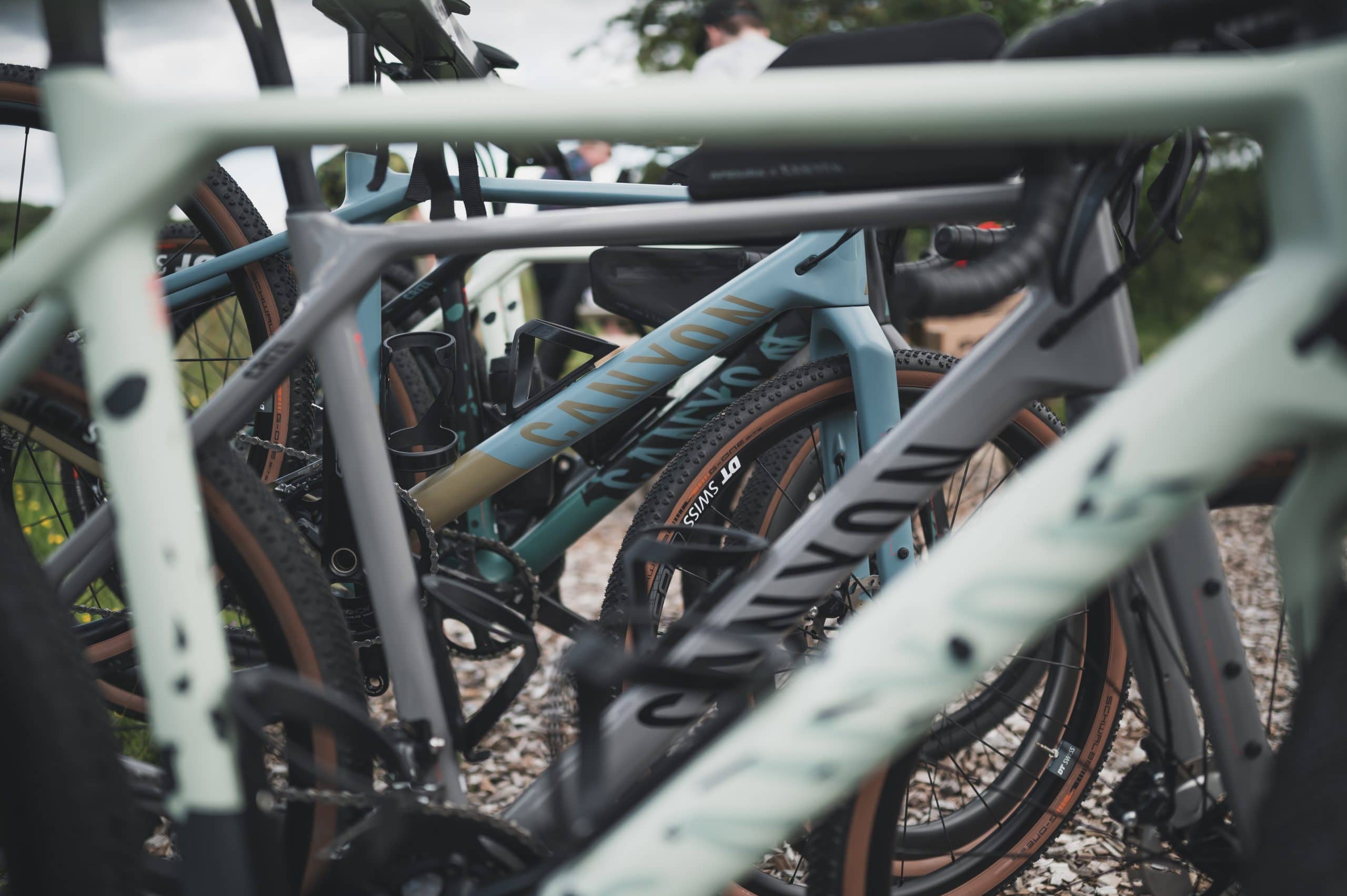 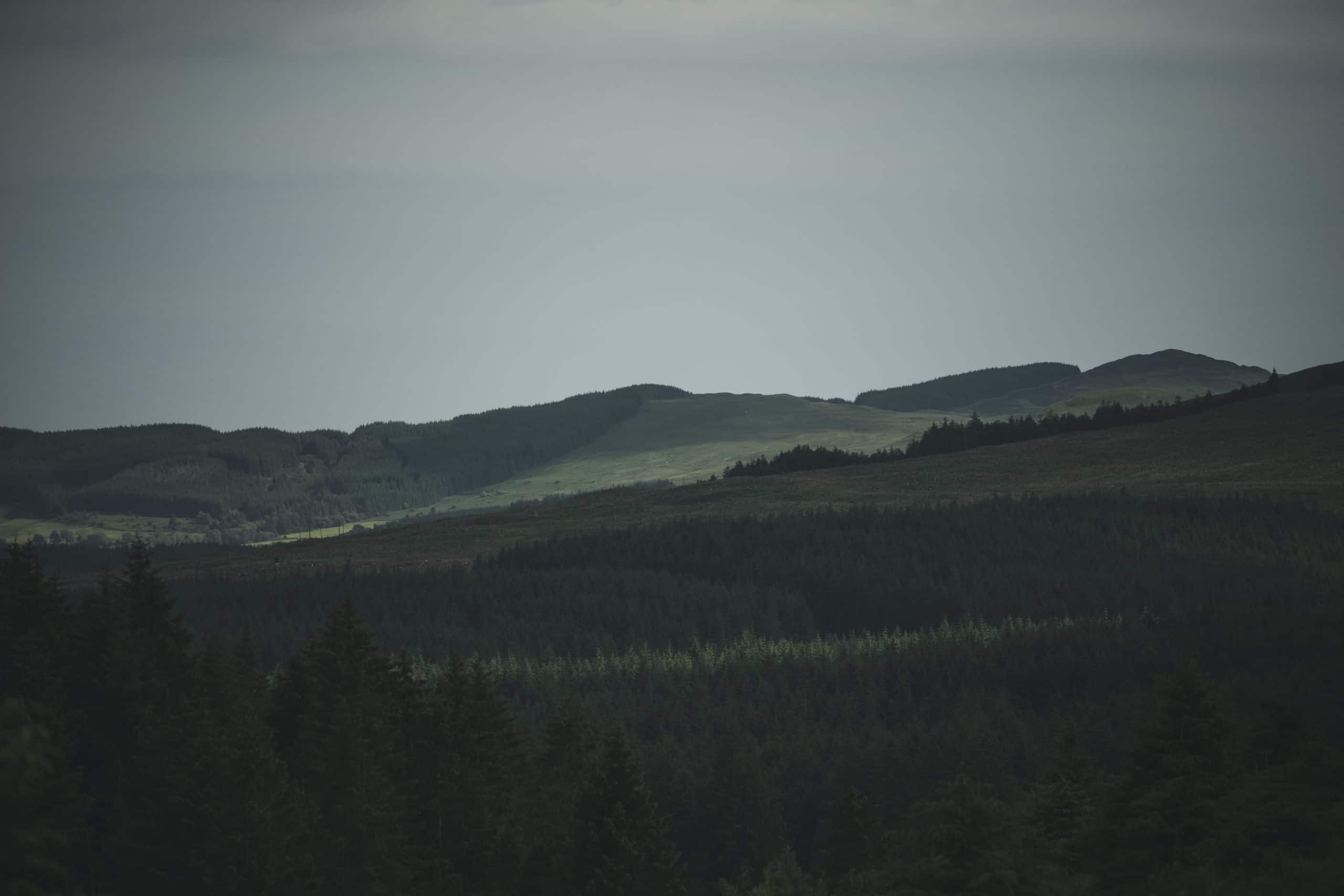 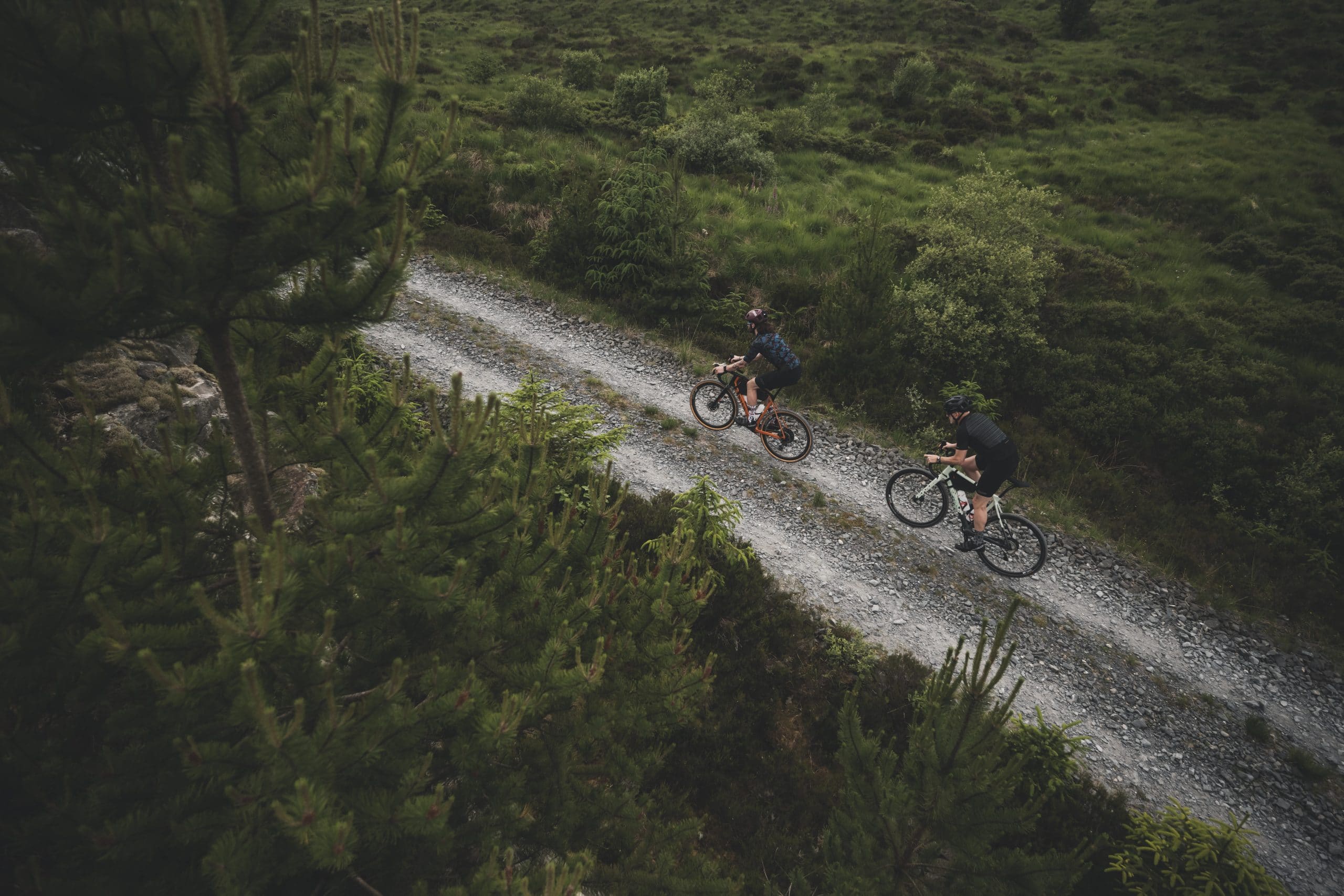