If you’ve never visited Scotland, the weather may be a bit of a mystery to you. We reached out to Warren of Galloway Cycling Holidays to tell us all about the usual October weather and his experience gravel cycling during that season. Find his insights below, as well as some of our kit recommendations to keep warm, dry, and comfortable at Raiders Gravel. 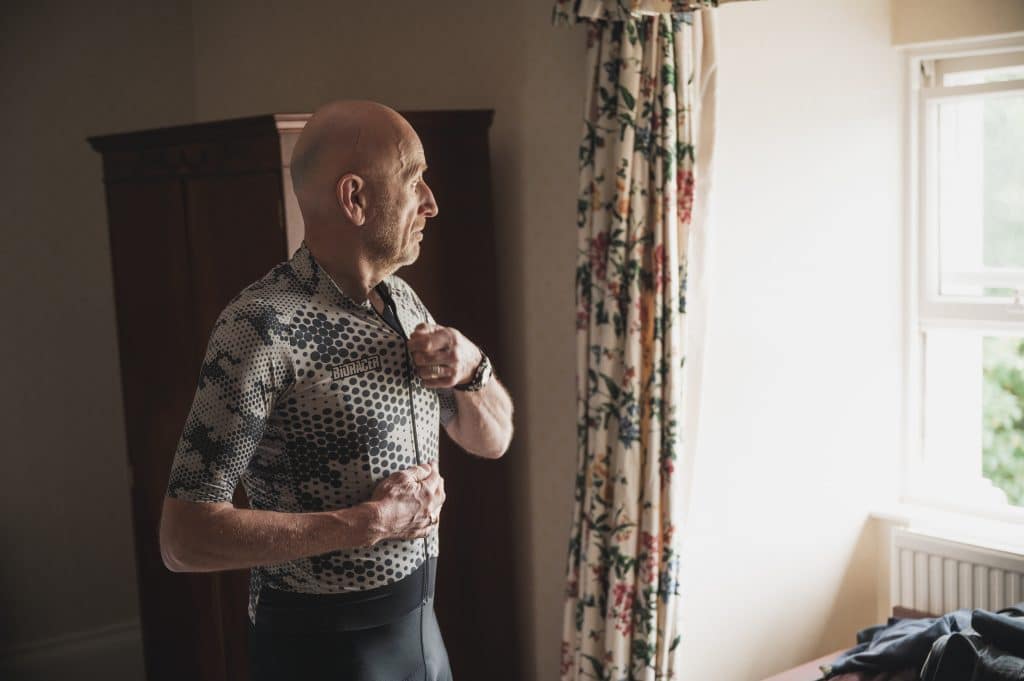 A few years back there was a census return due, and quite a bit of fuss was made by fans of Star Wars who wanted to put down ‘Jedi’ against the ‘state your religion’ question. My pal Brian – always happy to look for a metaphorical stick when he comes across an equally metaphorical hornets nest – argued that he should be able to put down ‘cyclist’ in that same box. He even started to put together something of a case that began with the fact that his local group of riders met every Sunday.

Now, the reason I am telling you this has a lot to do with cycling as tribe and code, and a bit with the weather too. Yesterday, here in Galloway, it was 3°C when the pan went on the kitchen stove for porridge at a smidge before 6am. The view up into the hills from the kitchen windows were vague, misty, and achingly beautiful as the sun came up over Screel Hill. Today, it was 14°C and a lot less photogenic. Venus, the winter visitor, had been pin-sharp to the south and there was not a breath of wind yesterday. It was quite a shock, the first hint of a seasonal change and the sun tipping towards its winter arc. The weather in Galloway keeps you on your toes.

By late morning both days will be 18°C, so what to wear if you do not have the good fortune of a pro contract and a team car just behind you. Well, today within the first 2 miles the gilet was off and in the pocket, and under 10 miles into the ride the arm warmers were rolled down and a mile later they too were in the jersey pocket. Yesterday, I could have added knee warmers for the cold start and they could have joined all the other bits of kit in the rear pockets and still left room for a phone. This is a roadie kit, and it works for me.

The weather is unpredictable, so better to be safe than sorry. However, make sure everything that you bring or wear doesn't take up too much space so that it can be packed away.

Now, we cyclists are tribal in what we wear, and gravel is a sort of grey area, with bib shorts that have pockets for bananas trying to be in both camps. I turned up for guiding gravel about a month ago and I wore baggies so as not to look too frightening on the very first day. They wore top-end road kit and, of course on day two, because we had not agreed on anything, they wore baggies and I wore road kit. Not quite as bad as turning up at a party in the same frock as someone else, but awkward.

Comfort is key! Wear what you know you cycle best in and what feels most comfortable. You'll be riding long distances every day for three consecutive days: you don't want to be itching all over or feel restricted! 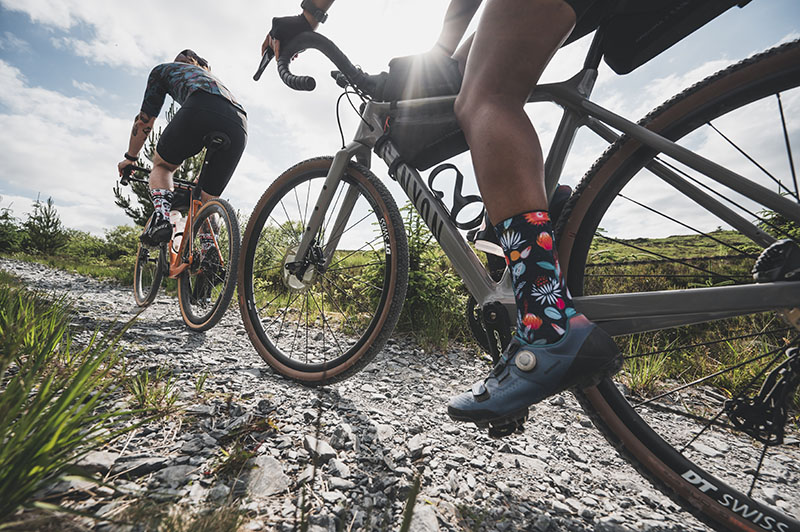 So what are the ‘takeaways’ from what I have told you? Most importantly, it can and possibly will be close to zero early in the morning, come Raiders Gravel in October. An 8 o’clock start may combine a steep climb out of Gatehouse with near-freezing temperatures. Whatever your tribe, you need to be layered, light, and very flexible in what you wear and have a plan on where you are going to stow things later in the ride. I could make a strong case for knee warmers, arm warmers, and a gilet – but we all have our unique zone of comfort or human tog rating.

Be prepared for sub-zero temperatures in the mornings and generally cold weather throughout the day. Only you know the number of layers you'll need to not freeze! It is also likely to rain, so opt for water-proof kit.

I have done enough endurance races to be able to offer my thoughts on getting to the start of Raiders. You will want to go to the toilet despite having gone just minutes ago and you will need to be slightly cold unless you have a pal standing by to catch your jacket with seconds to go before the OFF. If you are toasty, that first climb will have you cooked. As for needing a pee, that is just in the mind, except when it’s not. 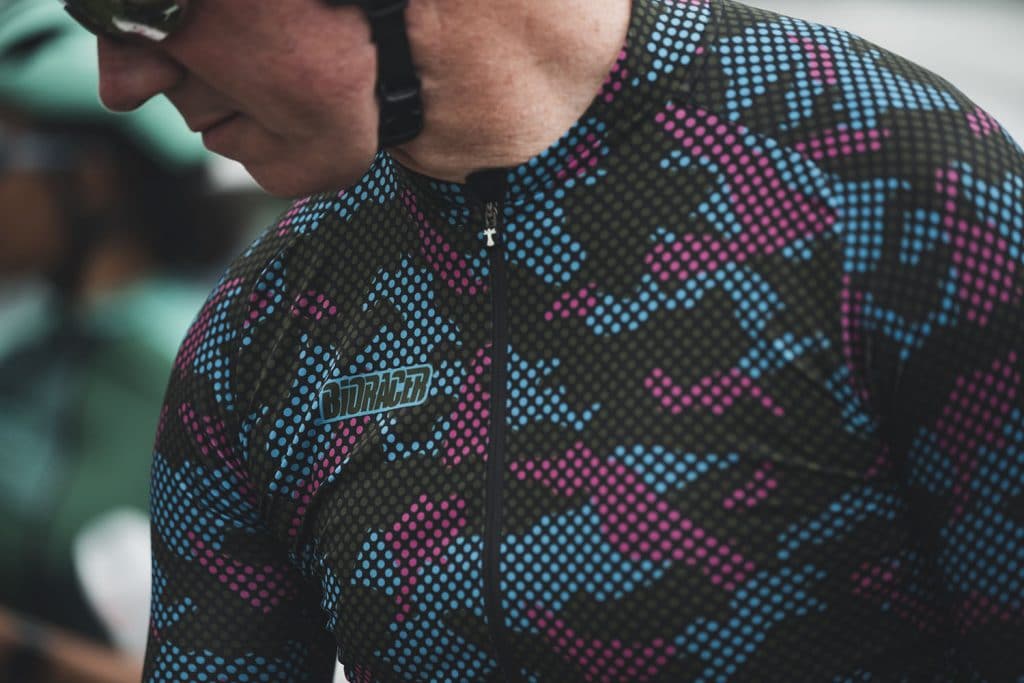 *click on the image to open a printable version 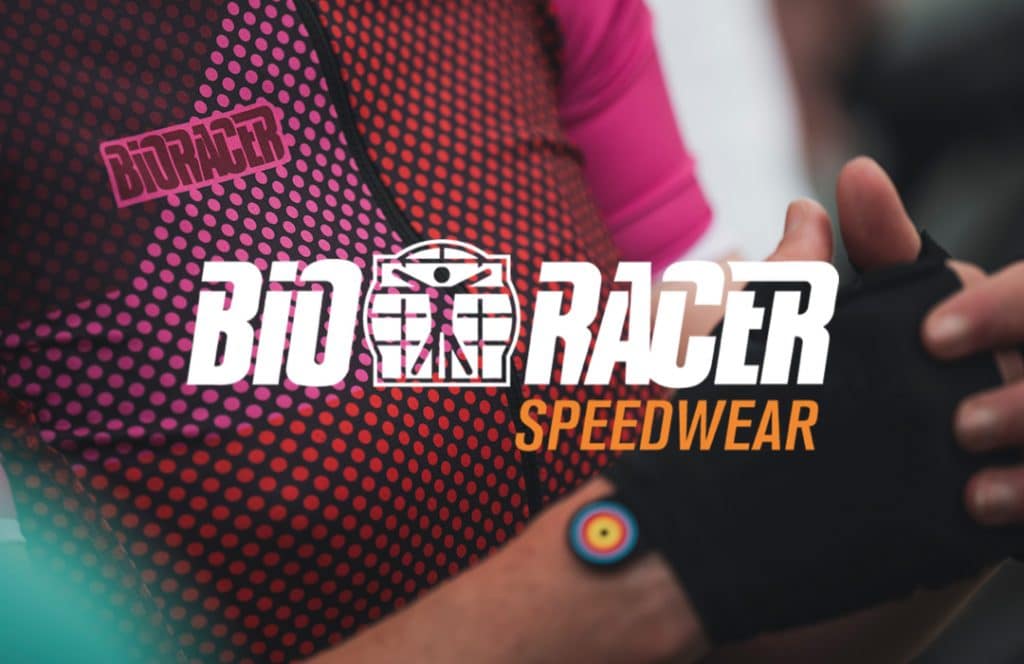 We are proud to say Bioracer is our official kit partner. Their cycling kits are made with climbs, mud, crosswinds and cobbles in mind, acknowledging the importance of every meter of riding from the start line to the finish line.

In addition to designing the official Raiders Gravel event kit, they also offer high-quality product ranges ideal for wet and cold Scottish weather. Their Tempest products protect you from icy cold temperatures, while their Kaaiman line can withstand the heaviest of rainfalls. 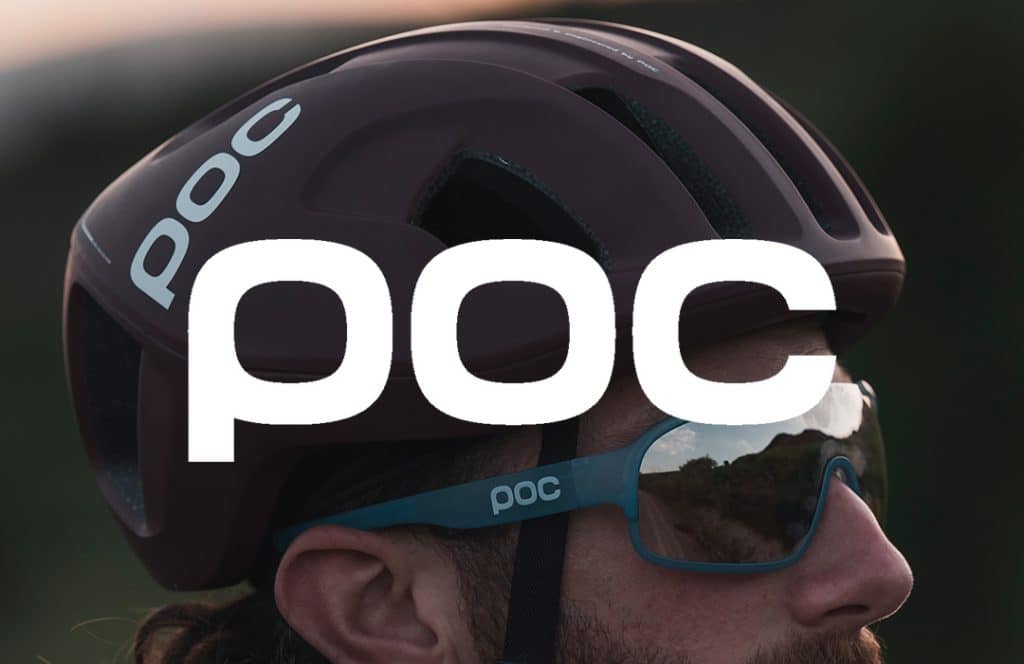 We’re excited to say that the renowned POC is our helmet and eyewear partner. With a mission to ‘protect lives and reduce the consequences of accidents’, POC aims to provide optimized personal protection through products of unquestionable quality.

Their top-of-the-line helmets will protect you in the case of fumbles and falls, while their sunglasses will keep your eyes on the prize. For the cold weather, check out their caps and beanies to keep your head warm as you tackle wintery rides. Comfort is key in this season! 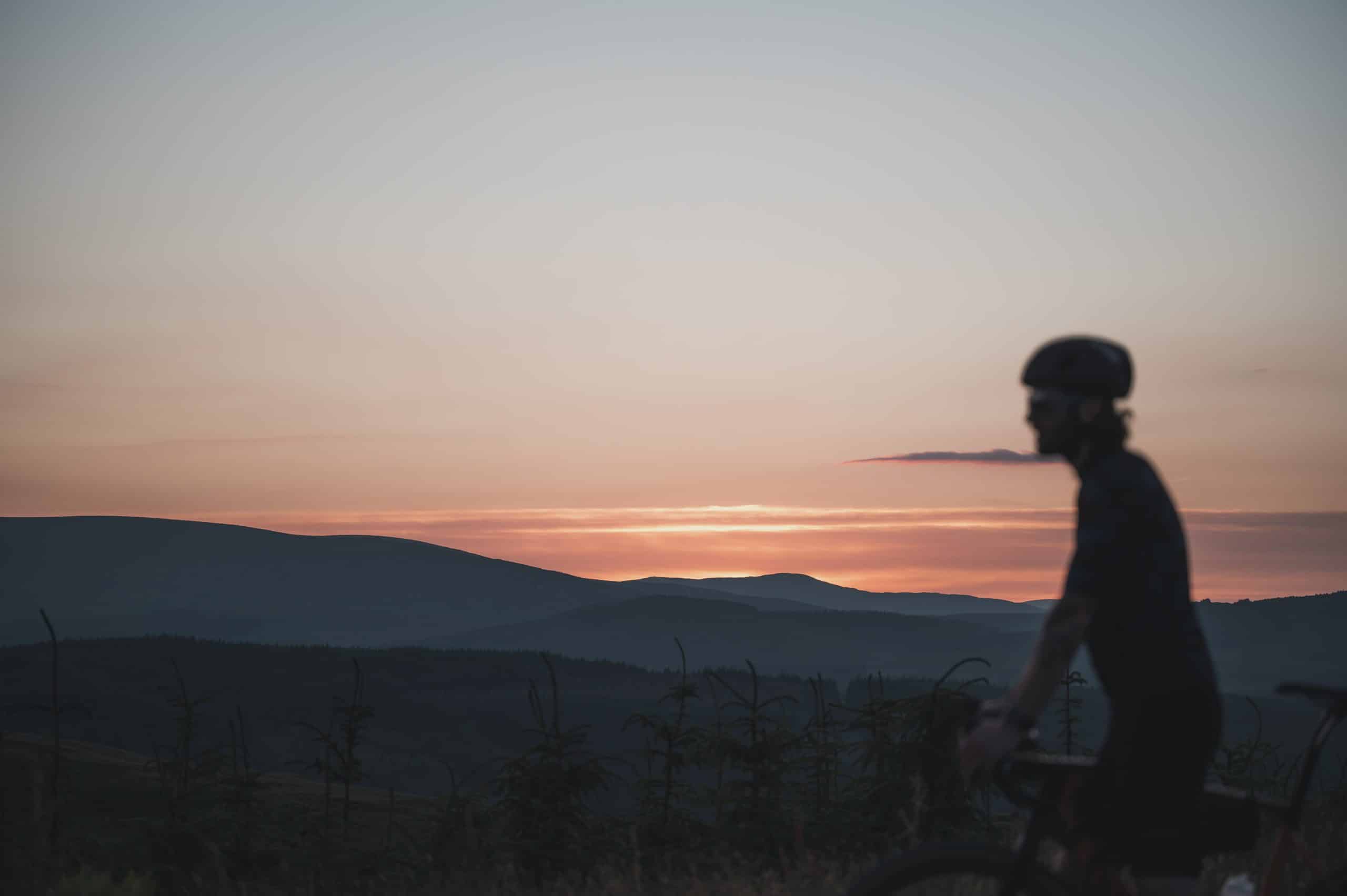 It is with a heavy heart that we must announce the postponement of the inaugural Raiders Gravel event to 2022.

The way the COVID situation in Scotland has developed in recent weeks, paired with newly imposed requirements and potential for further restriction means it would be irresponsible to proceed with the Raiders Gravel event this October. 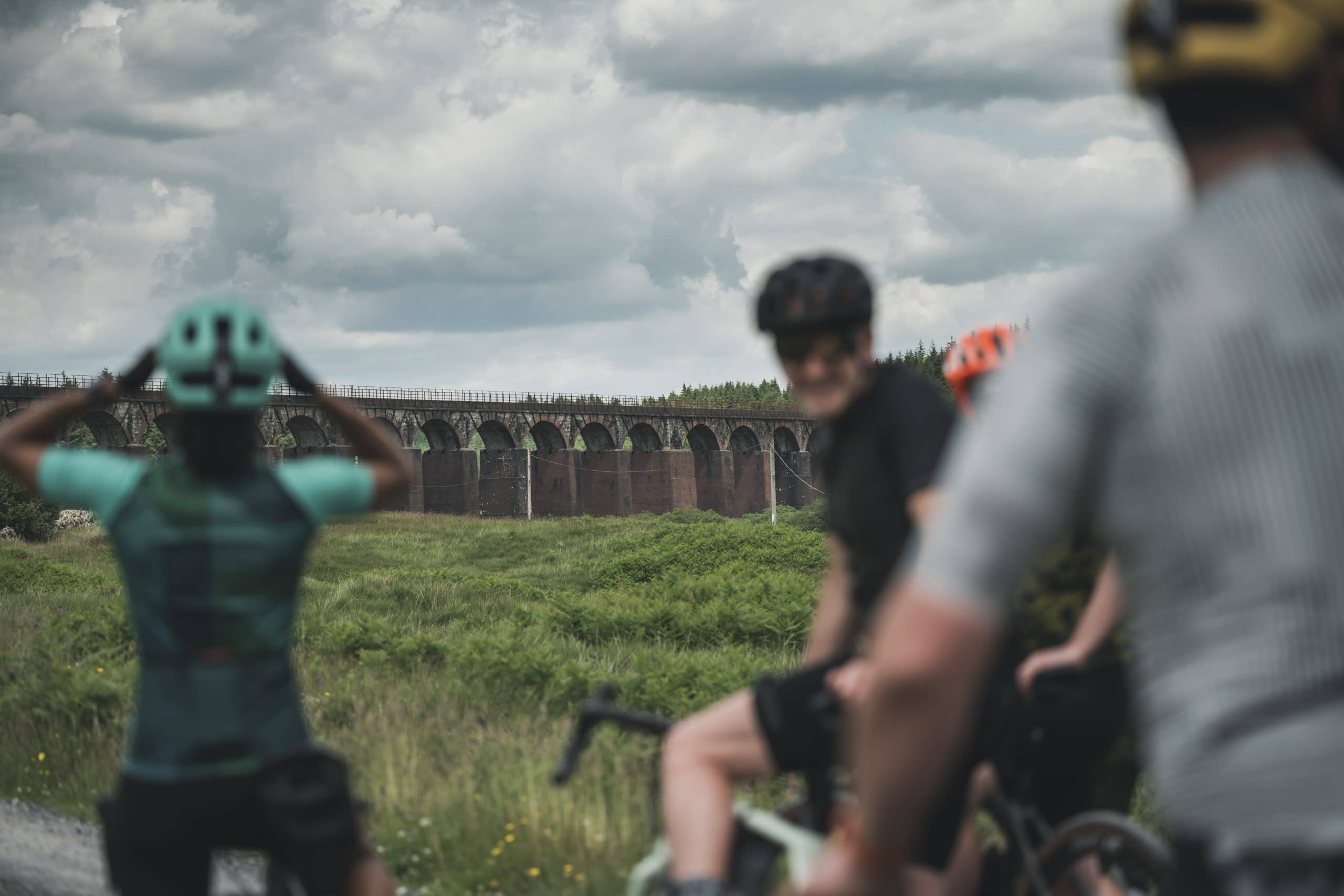 Our logo represents the core and spirit of Raiders Gravel – and it’s pretty dang beautiful, if we do say so ourselves. Let us take you through the inspirations and muses behind the design of the Raiders Gravel logo, and you might just learn something new about our event location! 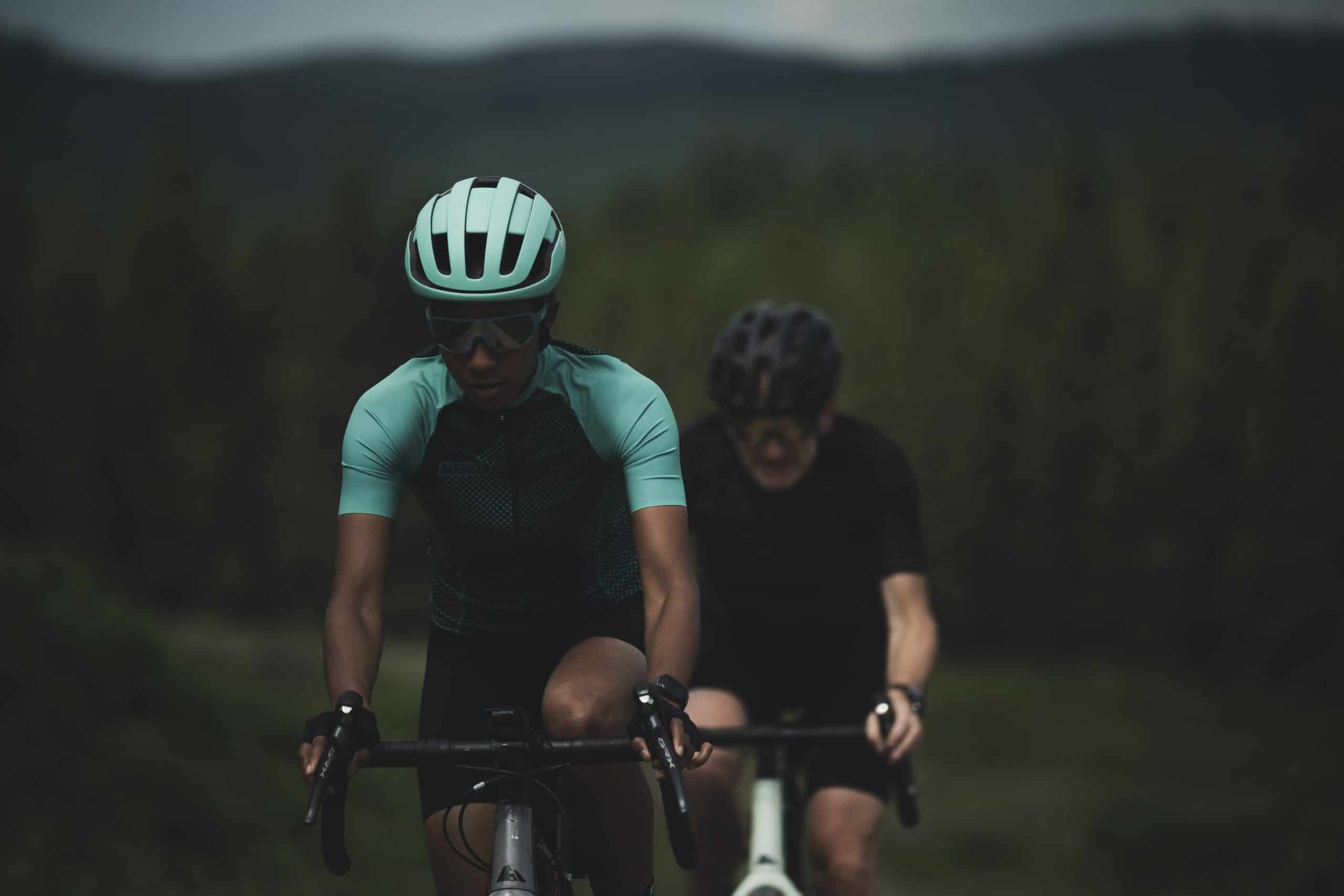 Gravel stage races in teams of two are unique – and that’s the way we like it! However, it could mean that even the most experienced of gravel cyclists don’t know the ins-and-outs of how an event like Raiders Gravel works. Here are some of the key rules and guidelines to follow in October.

Did you know that Dumfries and Galloway is the birthplace of the bicycle? Stuart Paterson tells us the story of the man behind the invention: Galloway-born blacksmith Kirkpatrick Macmillan.